Winter hours of operation are:

Click here to learn more about our Policies and Procedures as the safety of our customers and staff are still our number one priority.

Learn About Our Golf Pros 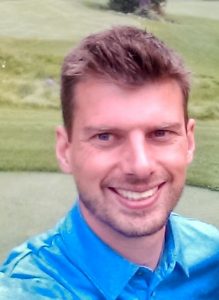 Golf runs in Josh’s family and his passion for the game was sparked at a young age. Josh enjoys all aspects of the game from playing to teaching, equipment fitting and learning all the ins and outs of the golf industry.

Originating from Regina, Saskatchewan, Josh first came to Lethbridge in 1999 to attend the Professional Golf Management (PGM) Program at the Lethbridge College. After graduating from the PGM Program in 2001, he was ready to turn his passion into a lifelong career.

Prior to coming to Evergreen Golf Centre, he spent 4 seasons working at the Kananaskis Country Golf Course. Wanting to learn more about semi-private and private golf club dynamics, he moved back to Lethbridge in the fall of 2002 and has lived here since. In 2003 Josh joined the team at the Magrath Golf Club through to the end of 2015. Along the way, he gained tremendous knowledge and experience in managing his own business and applied that knowledge and experience into his next venture as the Owner/Operator of J. Walker Golf. In 2016, he opened J. Walker Golf as a stand-alone independent golf shop, specializing in custom fit equipment and the latest in Men's and Ladies' golf apparel and accessories. With a focus on customer service, in two short years, the team at J. Walker Golf has fit over 150 customers into custom fit equipment best suited for their individual games. 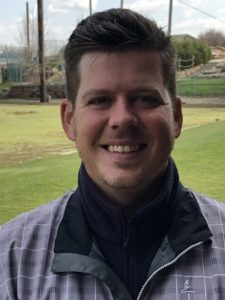 Welcome the newest member of the Evergreen Golf Centre Professional staff, CPGA Candidate for Membership, Marcus Meneghetti. Marcus recently graduated from the University of Lethbridge with a business degree majoring in General Management, and is on the path to becoming a CPGA Class ‘A’ professional. Marcus spent 6 years teaching power skating, hockey skills programs and private skating lessons at Westside Recreation Centre in his hometown of Calgary, Alberta before coming to Lethbridge in 2012 to attend the University. In 2013 he became a member at Magrath Golf Club where he practiced and refined his golf game for two seasons, later making the University Golf team where he played until 2016 and is now currently the Assistant Coach. In 2017, Marcus worked for Josh Walker at ‘J Walker Golf’ where he was introduced to the career path of a Golf Professional. After joining Evergreen Golf Centre in April of 2018, Marcus went on to achieve his candidate status and upon finishing his business degree, became Evergreens newest Assistant Professional. Marcus sites his inspiration to the games colorful and creative characters like Lee Trevino, Bubba Watson and Gary Player who were never afraid to impart their personality onto their surroundings and their playing style. Marcus continues to study and refine his knowledge of the golf swing and his passion for the game reflects his philosophy of a natural and simplistic approach to instruction. 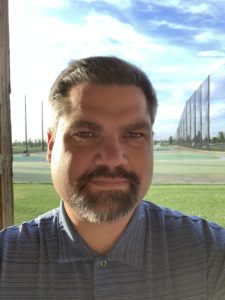 Career-wise, Evan most recently comes from a 9 year stint at Crown Isle Golf Resort and Community in Courtenay, British Columbia where he started as an assistant and later became the Head Teaching Professional after attaining Class A status with the PGA of Canada. He chose to transition to Evergreen because of the company's desire to be a leader in technology.   Evan is a Level 2 certified Trackman Professional.

In 2019, Evan was recognized as a Top 100 Golf Professional in British Columbia for the pursuit of personal growth in the provinces Professional Development Program. Evan has a strong desire to learn and grow as a golf professional in order to better help his students.

Whether you are a brand new player or a high school student looking for a college scholorship, Evan can help improve your golf.   Sessions with Evan often include analysis of equipment, swing data using Trackman 4 technology, video analysis, and mental skills. 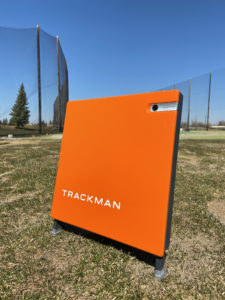 Dean Spriddle grew up near the birthplace of golf, St. Andrews, in Dunfermline. His passion for the game started at an early age as Spriddle can distinctly remember making his first shot when he was only 2 ... As he grew older, Dean won several golf championships in Fife to keep him interested in the game of golf for life. He was the Fife Youth Champion, Men’s Stroke Play Champion, Match Play Champion, Boys Team Member and Youth Team Member and represented Scotland once. In 1989,after finishing Runner Up in the World Student Golf Championships, he decided to pursue his Education further and made the move to Vancouver to study his Masters in Education at UBC. He spent several years playing and Coaching for UBC and was a Member of the BC Willingdon Cup Team of 1991. He joined the Canadian Professional Golfers’ Association in 1993, opting to become a playing Member on the Canadian Tour. In 1995, weeks before his first daughter was born, Spriddle accepted an opportunity that presented itself at the Lethbridge Community College where his background in golf and his Masters in Education allowed him to become the program leader for the Professional Golf Management & Recreation Facility. As a Golf Professional, Spriddle knew he could obtain everything he wanted - an opportunity to have a family, play golf competitively, and teach. The driving factor in his decision to become a Golf Professional though, was the opportunity to connect with people with the same passion, and the ability to shape people for the rest of their lives through teaching. For Spriddle, it’s about always getting better at what he does. In 1999 after working with the Alberta Provincial Teams for the past few years, Spriddle was named the National Golf Coach for the CLGA. In that time Spriddle coached in 6 World championships, Silver medal in 2004, three Commonwealth Championships and 12 straight National Championships. In 2002 Spriddle was named Canadian PGA Teacher of the Year, to go along with the 5 Alberta PGA Teacher of the Year awards. Spriddle had a brief stint as the Puerto Rico National Golf Coach from 2010 to 2014, was the President of the PGA of Alberta and was also on the National Board for the PGA of Canada. Spriddle still loves to play, teach and coach and enjoys the new technologies such as Trackman and Boditrak to help explain the intricacies of the game to his students. Spriddle has a wife Jennifer, and two excellent golfing kids Devon (Graduated from Southern Miss) scratch golfer and Lachlan who plays to a 2 handicap.